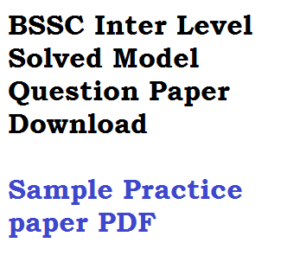 Below each question, answer key / explanation has been given. General Awareness model questions are given here.
1) Which one of the following state has the world’s largest fresh water island?
a) Uttar Pradesh
b) Karnataka
c) Bihar
d) Asom
Ans – d.
2) The nearest town to Mecca in South West Asia is
a) Medina
b) Jeddah
c) Jerusalem
d) Ankara
Ans – b.
3) The North Eastern Council, established in 1972, includes the following
a) Asom
b) Mizoram
c) Nagaland
d) All of these
Ans – d.
4) Who is the longest serving Chief Minister in India?
a) Mainak Sarkar
b) Tarun Gogoi
c) Jyoti Basu
d) Narendra Modi
Ans – c.
5) The first estimate of national income in India was made by
a) VKRV Rao
b) Mahalanobis
c) Professor Sheroi
d) Dadabhai Naoroji
Ans – a.
6) In which one of the following years did the Right to Information Act come into force?
a) 2003
b) 2004
c) 2005
d) 2006
Ans – c.
7) The energy currency of our cell/body is
a) NAD
b) GTP
c) AMP
d) ATP
Ans – d.
8) The powers of the Election Commission are given in which of the following Articles of the Constitution??
a)Article 286
b) Article 356
c) Article 324
d) Article 362
Ans – c.
9) Who is regarded as the ‘’Father of All-India Services’’?
a) Lord Macaulay
b) Lord Cornwallis
c) B R Ambedkar
d) Sardar Patel
Ans – d.
10) Which of the following two countries are separated by the 49th Parallel ?
a) North Korea and South Korea
b) South Africa and Zimbabwe
c) USA and Canada
d) France and Germany
Ans: c

Inter level Bihar SSC recruitment preliminary exam is being held for the first time. 1st BSSC Inter level written test will be held in various centers in Bihar like Patna and other places.
Click here for official website – Click here.